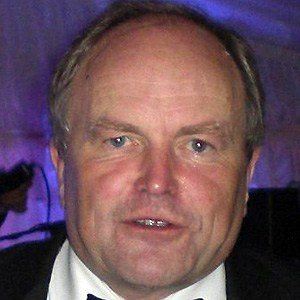 Comedy writer and television personality who became known for his invaluable contributions to the UK's Whose Line Is It Anyway?

He practiced criminal law for fifteen years before beginning his comedy writing career.

He was the winner of the British Comedy Award for Best TV Entertainment Presenter in 1991.

He had three children with his wife Jane.

He has been a guest-star on numerous episodes of QI with Stephen Fry .

Clive Anderson Is A Member Of