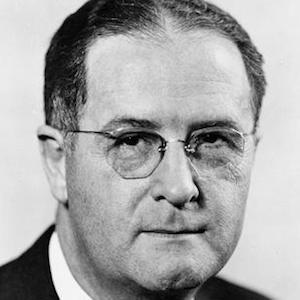 Democratic politician from New Mexico who represented his state in the Senate for nearly 25 years. While in office he championed the space program and the development of domestic nuclear industry.

He was recovering from tuberculosis when he took up newspaper writing, and through his journalistic work he met several state politicians.

An ardent supporter of the space program, he was Chair of the Senate Committee on Aeronautical and Space Sciences, helping to fund NASA and keep the U.S. in the Space Race.

He was born in Centerville, South Dakota.

He was involved in the Congressional fight over President Dwight D. Eisenhower's nominee for Secretary of Commerce, ultimately succeeding in blocking his confirmation.

Clinton Presba Anderson Is A Member Of