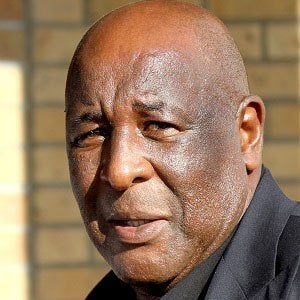 Bermudian striker notable for having been one of the first black players to play First Division soccer in Great Britain, playing for West Ham United from 1968 to 1976. He led the Bermudian national team to a silver medal at the 1967 Pan American Games and later managed the team from 1997 to 1999.

He was born in the unincorporated village of Somerset in northwest Bermuda.

For his contributions to Bermudian soccer, Clyde Best Lane was named in honor just outside the Somerset Cricket Club in Bermuda.

He married a woman named Alfreda. He has a brother named Carlton.

He was teammates with future manager Trevor Brooking while at West Ham United.

Clyde Best Is A Member Of