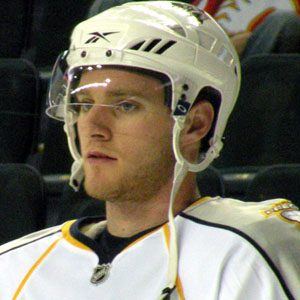 Defenseman who began his NHL career with the Nashville Predators in 2009, then joined the Toronto Maple Leafs in 2011; won gold at the 2007 World Junior Championships for Canada.

He played in the Western Hockey League for the Vancouver Giants.

Prior to joining the Predators, he played for their AHL affiliate, the Milwaukee Admirals.

He grew up in Salmon Arm, British Columbia.

He became teammates with right winger Phil Kessel on the Maple Leafs in 2011.

Cody Franson Is A Member Of