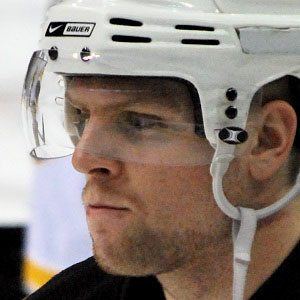 American NHL forward who was the 5th overall pick in the 2006 NHL Draft by the Boston Bruins. He spent six years with the Toronto Maple Leafs before a 2015 trade sent him to the Pittsburgh Penguins. He helped the Penguins win Stanley Cup Championships in 2016 and 2017.

He set a record for most career goals in the USA Hockey National Team Development Program.

He was given the Bill Masterton Memorial Trophy for overcoming testicular cancer is his rookie season.

His father, Phil Kessel Sr., was a quarterback for the Washington Redskins. His brother Blake was a sixth-round pick in the 2007 NHL Draft and his sister Amanda has played hockey internationally.

He became teammates with Canadian center Tyler Bozak on the Toronto Maple Leafs.

Phil Kessel Is A Member Of