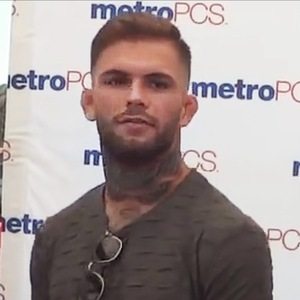 American mixed martial artist who joined the Ultimate Fighting Championship in late 2014 after starting his career 5-0 (5 KO) in smaller promotions.

He started training with his uncle, a former Olympic boxing alternate, at the age of 15. He also had success wrestling in high school.

He's of Native American descent from both sides of his family, sharing Cherokee and Blackfoot ancestry. He married Danny Pimsanguan and the two have a son together named Kai.

He knocked out Marcus Brimage in his first UFC fight.

Cody Garbrandt Is A Member Of