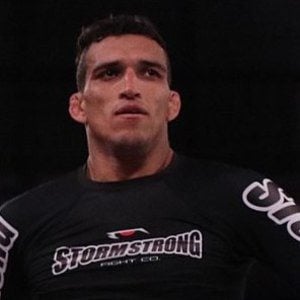 Mixed martial artist whose profile has risen while competing in the lightweight division. He made his UFC debut at an August 2010 taping of UFC Live, where he was awarded the submission of the night for his victory over Darren Elkins.

He began training in Brazilian jiu-jitsu at age 12. He would later make his professional MMA debut in Brazil in 2008.

He was originally born and raised in Guarujá, Sao Paulo, Brazil. He has a daughter named Tayla with Talita Roberta.

He was awarded performance of the night in April 2017 following his victory against Will Brooks at UFC 210.

Charles Oliveira Is A Member Of