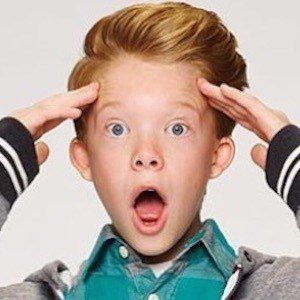 Actor who first gained fame through his role on Nicky, Ricky, Dicky & Dawn. He then landed a starring role in Disney XD's Walk the Prank.

He has over 190,000 followers on Instagram where he is known for posting pictures alongside friends and other celebrities. He is also active on TikTok, where he posts short-form content to over 1.6 million fans.

He has a younger sister and two younger brothers. He started dating someone named Ainslee in July of 2019.

He and Jillian Shea Spaeder were both cast in the Walk the Prank.

Cody Veith Is A Member Of