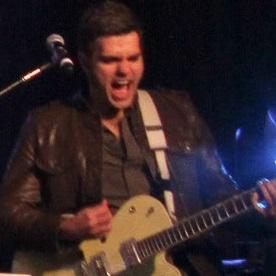 Rhythm guitarist, keyboard player, and backing vocalist best known for the rock band We The Kings.

He and Charles Trippy joined We the Kings at the same time in 2011, despite the band forming in 2005.

He has also been a member of the band Brothers James with Hunter Thomsen.

He has a son named Elliot and daughter named Hannah with his wife, Monika O'Toole.

He joined Danny Duncan, Hunter Thomsen, and Travis Clark to help round out We the Kings.

Coley O'Toole Is A Member Of