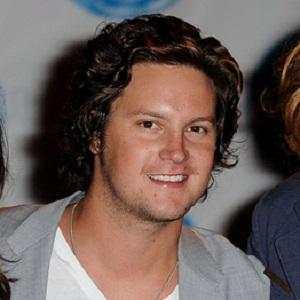 Lead guitarist and backing vocalist for the pop punk group We The Kings, a band that has won a Rock on Request Award and an O Music Award for Best Pop Punk Artist and Most Innovative Music Video, respectively.

He has been friends since childhood with bandmates Travis Clark, Danny Duncan, and his brother, Drew Thomsen. They formed the group during high school.

Each of their albums since their debut self-titled album in 2007 have charted on the Billboard 200 chart.

He was born in Florida and the band is based out of Bradenton, Florida. He and his wife Caitlin Thomsen had their first child together, a boy named Oliver, in December 2017.

At the 2010 Teen Choice Awards, he and We the Kings were nominated in the category of Choice Hook Up, sharing the honor with Demi Lovato.

Hunter Thomsen Is A Member Of