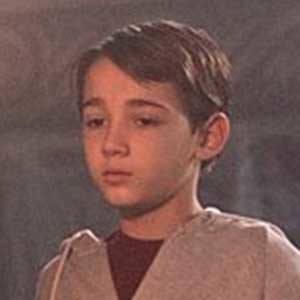 Teen Nickelodeon actor who was cast in the television film Legends of the Hidden Temple: The Movie. He was cast as the lead of Donnie in the TV series Super Wings!. He has also appeared in films such as Breaking Brooklyn, Life Now, Life Then and Child Eater.

He was featured on the national tour of Radio City Christmas Spectacular in 2012. He was a model at the Oscar De La Renta Runway Show as part of New York Fashion Week that same year.

He starred on stage in the Broadway revival of Waiting for Godot.

He has a brother named Cooper.

He joined Jet Jurgensmeyer as a lead cast member in Legends of the Hidden Temple: The Movie.

Colin Critchley Is A Member Of