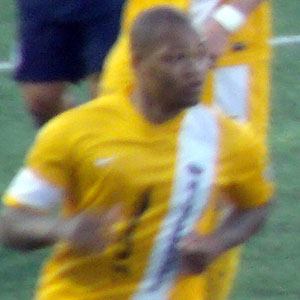 Liberian-born Dutch soccer player who made his senior debut with Twente from 2002 until 2004. While most notable for his time at Fulham from 2004 until 2009; he played for various others teams before eventually signing to the Pittsburgh Riverhounds in 2014.

He started his professional career in the Dutch first division side FC Twente when he was 17.

He scored 20 goals in 92 appearances during his five years at Craven Cottage.

His parents raised him in Zwedru, Liberia.

He and Bryan Ruiz both played for Fulham.

Collins John Is A Member Of