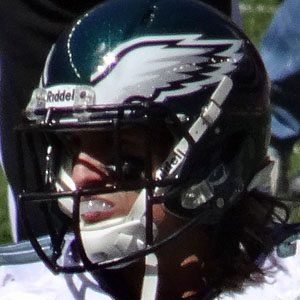 Star of the University of Montana football team who became a free safety for the Philadelphia Eagles in 2010.

He redshirted his freshman year at the University of Montana, and earned All-Big Sky honors in three of his next four years with the team.

Considered a possible seventh round selection in the 2009 NFL draft, he went undrafted but then signed with the Minnesota Vikings afterwards.

He was born in Butte, Montana.

The Eagles signed him with the hope that he could fill the big shoes of their nine-time Pro Bowl safety, Brian Dawkins.

Colt Anderson Is A Member Of