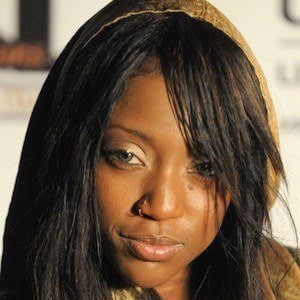 Reality TV star and dancer who is known for appearing on the series So You Think You Can Dance? She appeared during the show's 4th season in 2008 as a hip-hop dancer.

She began dancing following a career-ending track & field injury at a young age. By age 13, she started competed against other crews in street dances alongside her brothers.

Between 2009 and 2011, she made three appearances as both a singer and actor on the TV series Glee. In 2015, she was also featured as a dancer in Florence + The Machine's video short Delilah.

She was born in Fort Worth, Texas, and grew up in Lagos, Nigeria. At age 8, she and her family moved back to the US.

She has appeared as a dancer in music videos for Ludacris and T-Pain.

Comfort Fedoke Is A Member Of