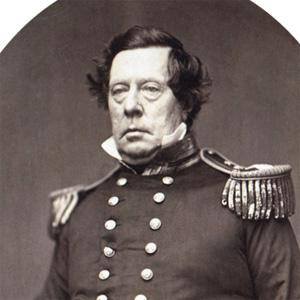 U.S. Navy Commodore who served in the Mexican- American War and the War of 1812 and helped open Japan to the West.

He became an officer in the Navy and served early in his career on his brother's ship, the USS Revenge.

He helped to establish the United States Naval Academy.

He was the brother of fellow U.S. Navy Commodore .

President Millard Fillmore sent Perry on a mission to open a trade route with Japan.

Commodore Matthew Perry Is A Member Of