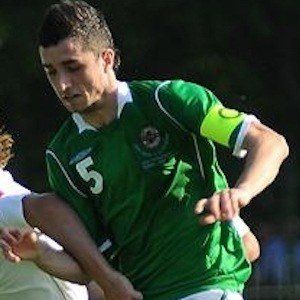 International soccer player recognized as a right back for Fleetwood Town and the Northern Irish national team in both its youth and senior divisions.

After beginning his youth career in 2008 with Preston North End, he made his senior debut in 2009 and stayed with the team until 2012.

In 2012, he played briefly on loan with the Shrewsbury Town football club.

His brother, Ryan McLaughlin, is also an Irish national player and has competed as a defender for Liverpool.

He has played alongside Aaron Hughes as a member of the Northern Ireland national team.

Conor McLaughlin Is A Member Of