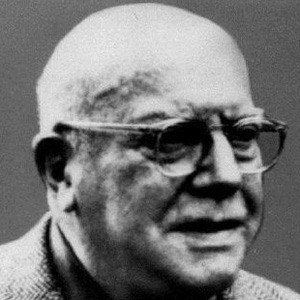 Poet, novelist, and short story writer known for Earth Triumphant and Silent Snow, Secret Snow. He was the recipient of both the National Book Award and the Bollingen Prize in Poetry.

He attended Harvard University and, along with TS Eliot, co-edited The Advocate.

He won a Pulitzer Prize in 1930 for his Selected Poems.

He married Jessie McDonald, with whom he subsequently raised three children.

He was influenced by Sigmund Freud and other psychological theorists.

Conrad Potter Aiken Is A Member Of