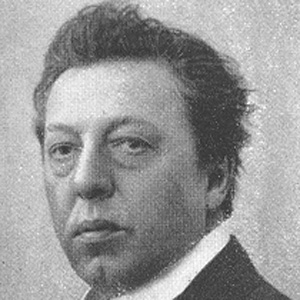 He was a prolific composer. His writings included a Requiem, a piano concerto, two symphonies, three piano sonatas, and two string quartets.

He was married to a pianist, Margarete Wegelin. They had a son, Joachim, who also became a pianist and teacher.

He became known for his masterful presentations of Ludwig van Beethoven.

Conrad Ansorge Is A Member Of