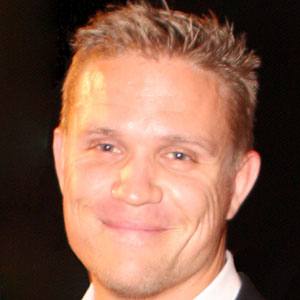 After portraying Scott Zinenko in three seasons of the Australian hospital series All Saints, Coleby played Adam Wilde in over fifty episodes of the Seven Network's headLand and Roman Harris in nearly three hundred episodes of the popular soap opera Home and Away.

He made his television debut in the late 1980s miniseries Tanamera: Lion of Singapore and went on to study acting at both Somerset College and the Queensland University of Technology.

From 2010 to 2011, he played Dylan Mulholland on the Nine Network series Sea Patrol.

He and his sister and fellow television actor, Anja Coleby, grew up in Sydney, Australia as the children of screen actor Robert Coleby.

Early in his career, he appeared with Melissa Joan Hart in a made-for-TV movie titled Sabrina, Down Under.

Conrad Coleby Is A Member Of