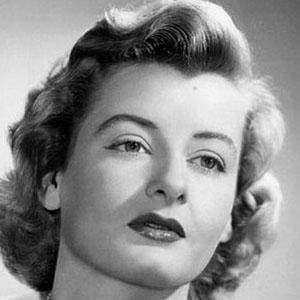 Best remembered for her long-running role as Ada Hobson on "Another World."

Prior to her acting carter, she worked as a model and appeared in the 1941 Elizabeth Arden advertising campaign for Victory Red lipstick.

When she left "Another World" in 1992, she was the longest-running cast member on the soap opera having been on it for 25 years.

She grew up in The Bronx.

She started in the 1963 film "The Caretakers" with Joan Crawford.

Constance Ford Is A Member Of