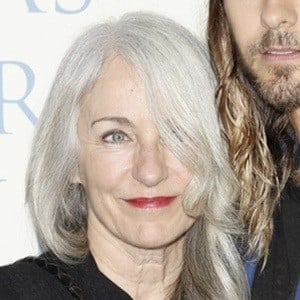 Photographer and mother of Oscar-winning actor Jared Leto. She also launched her own women's jewelry line called Linda & Constance in 2007.

She was a high school dropout when she had her two sons but eventually graduated and went on to college to make a better life for them.

She worked as a volunteer in a medical facility in Haiti.

She has been married twice to Anthony Bryant and Carl Leto. She also has another son named Shannon.

She was present when her son won his first Oscar for his role in Dallas Buyers Club alongside Matthew McConaughey.

Constance Leto Is A Member Of