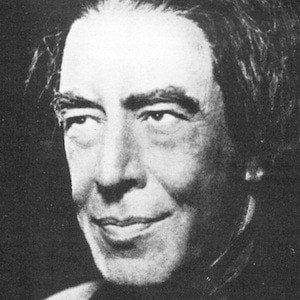 Russian theatre actor known for popularizing the "Stanislavski method" of acting, otherwise known simply as "method" acting. He wrote several books including "An Actor Prepares" and his autobiography "My Life in Art".

Due to his parents' discouragement, he did not begin acting professionally until age 33.

His "method" style of acting hinged on keeping in character even when not on stage.

His family owned factories which produced gold and silver, and was one of the wealthiest families in Russia.

Many modern actors, like Oscar-winning There Will Be Blood actor Daniel Day Lewis, have adopted his acting techniques.

Constantin Stanislavski Is A Member Of