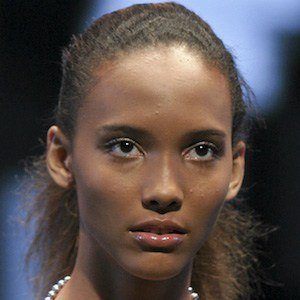 Born on the Caribbean island of Martinique, this model had her first major show in Spring 2012 when she walked for Alexander Wang in New York. That same season she walked for Michael Kors and Bottega Veneta.

Her mother convinced her to start modeling after she exited a piano lesson one afternoon. She didn't want to do it at first because she thought it would be stupid.

She was personally asked to Vogue editor Anna Wintour's house to model Fenton Fallon's collection for the Council of Fashion Designers of America in 2011.

She has an older sister and a younger half-brother. Her father was an architect. Her mother was a history and geography teacher.

She followed in the footsteps of another Martinique model, Sigrid Agren.

Cora Emmanuel Is A Member Of