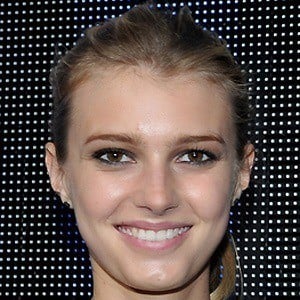 Martinique-born model who became famous for her appearance in the 2006 Elite Model Look competition.

She studied ballet as a child and entered the Elite Model Look contest when she was thirteen years old.

She appeared in sixty-eight runway shows during the 2009 season for such renowned designers as Chanel, Armani, and Versace.

She was born in the Caribbean to a French mother and a Swedish father.

Sigrid Agren Is A Member Of