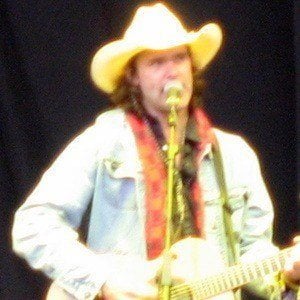 Canadian country singer known for his work with Corb Lund and the Hurtin' Albertans. Their albums Five Dollar Bill and Hair in My Eye Like a Highland Steer went gold in Canada.

He studied guitar and bass at MacEwan University in Edmonton.

He also played with a band called The Smalls until 2001, and also for its reunion in 2014.

He grew up on a farm in Southern Alberta.

Miranda Lambert is a fan of his and once invited him to open for her.

Corb Lund Is A Member Of