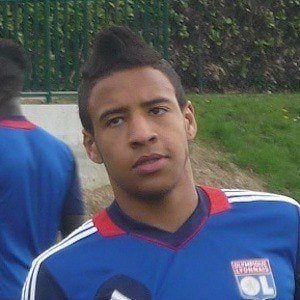 French defensive midfielder who started his career with Lyon before moving to Bundesliga powerhouse Bayern Munich in 2017. His €41.5 million transfer fee set a Bundesliga record. He earned his first international cap with France in 2017 and won the World Cup in 2018.

He began his youth career in 2000 with Stade Amplepuisien. He later joined Lyon in 2007, making his professional debut with the team in 2013.

He was named to the UEFA Europa League Squad of the Season at the conclusion of the 2016-2017 competition.

He was originally born and raised in Tarare, France. He is part Togolese through his father, Vincent.

His transfer fee also set a club record for Lyon, although it was passed less than a month later when the club sold Alexandre Lacazette for more than €50 million.

Corentin Tolisso Is A Member Of