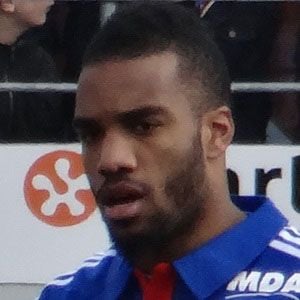 French forward best known for his time with the French national team; he has also played for the clubs, Arsenal and Lyon. He was named to the Ligue 1 UNFP Team of the Year for the 2013-14 season.

He began playing for his hometown club Olympique Lyon at age 12.

He scored the match-winning goal against Spain in the final of the 2010 UEFA Under-19 Championship.

He grew up the youngest of four boys. One of his brothers, Benoit, also played football and coached for the Lyon Footzik Futsal.

He has played alongside French midfielder Clement Grenier at Olympique Lyon.

Alexandre Lacazette Is A Member Of