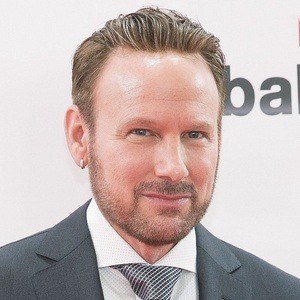 Canadian singer who released the 1980s hit "Sunglasses at Night." He received several nominations for Juno awards in the 1980s and '90s and released a number of Top 40 hits on the Canadian Billboard charts.

He learned to speak English, Spanish, and French as a child. He released his first album, First Offense, in 1982.

His 1985 album Boy in the Box was certified Platinum.

He married fellow singer in 2000 and together the couple had four children: India, Dante, River and Rain.

He auditioned for the lead role in Back to the Future in 1985, but it was given to Michael J. Fox .

Corey Hart Is A Member Of