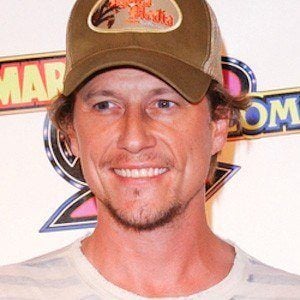 Television and film actor since 1983, he is most known for playing Parker Lewis in Fox's sitcom Parker Lewis Can't Lose, Jonas Quinn on Stargate SG-1, Harold Lauder in ABC's miniseries The Stand, and Christian Campbell on Supernatural. He sometimes goes by Corky Nemec.

When he was 13 years old, he fell in love with the film The Goonies and was inspired to become an actor. He began training at the Centre Stage LA theatre company and starred in various commercials. His first role was in 1987 on the television show Sidekick.

In 2013, while shooting in Belize, he was involved in a severe boating accident and almost died from the blood loss from his shattered leg. He was being taxied to the set of SyFy film Poseidon Rex and was replaced in the lead part by television actor Brian Krause due to his life-threatening injury.

His mother was a graphic artist, painter, writer, and a poet, while his father, Joseph Charles Nemec was a production designer in the film industry and counts The Goonies among his credits. His father was the inspiration behind him and his sister, assistant director Anastacia C. Nemec, entering the film industry. He has two children with his former wife.

He and his close friend, television actor David Faustino, own a production company together and created their web series Star-ving together. They also produce a parody of HBO's Entourage which streams on Crackle.

Corin Nemec Is A Member Of