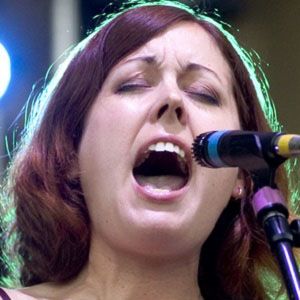 Singer and guitarist most famous as a member of the acclaimed all-female rock trio Sleater-Kinney. She has also collaborated with Sarah Dougher in the band Cadallaca and released her first solo album, 1,000 Years, in 2010.

Before joining Sleater-Kinney, she was a member of the well-known riot grrrl act Heavens to Betsy.

She dated Slater-Kinney bandmate and future Portlandia star Carrie Brownstein during the early days of the band's existence.

She married film and music video director Lance Bangs in 2000. They have a son named Marshall and a daughter named Glory.

She has played with drummer Janet Weiss in Sleater-Kinney.

Corin Tucker Is A Member Of