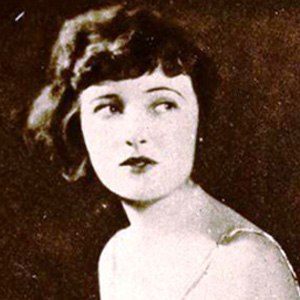 Known as The Orchid Lady of the Screen, she won an Academy Award for her role in the 1929 film The Divine Lady. She also appeared in Pink Flamingos, Female Trouble, and Desperate Living.

He made her acting debut at the age of 22 with Vitagraph Studios, but soon moved over to First National and starred in The Garden of Eden.

She was one of First National Pictures' biggest stars in the 1920s, but her first talking picture flopped, and she could not make the jump from the silent era to talkies.

She was born in Texarkana, Texas, to John Lewis Griffin and Ambolina Ghio.

She appeared with Clara Bow in the 1923 film Black Oxen.

Corinne Griffith Is A Member Of