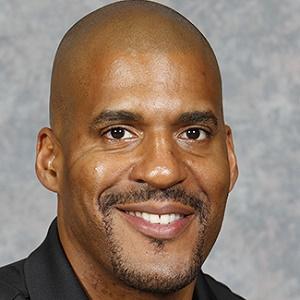 Power forward nicknamed Big Nasty; he played for five NBA teams from 1995 to 2007, winning an NBA Championship in 2004 with the Detroit Pistons; named the NBA's 6th Man of the Year with the Pistons in 2002.

He was a high school McDonald's All-American in 1992, before attending the University of Arkansas. Under legendary coach Nolan Richardson, Williamson led Arkansas to the 1994 NCAA Championship and took Most Outstanding Player honors.

After retiring, he began coaching college basketball, and made his NBA coaching debut in 2013 as an assistant with the Sacramento Kings.

He was born and raised in Russellville, Arkansas, where he went to high school.

During one stretch with the Kings, he formed a dominant frontcourt alongside Chris Webber.

Corliss Williamson Is A Member Of