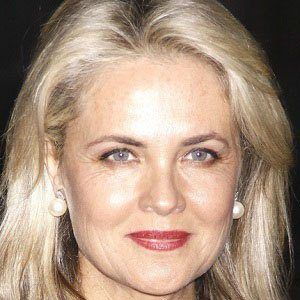 Socialite and author who has written books like the The Debutante's Guide to Life and appeared on a number television shows, including Rachael vs. Guy: Celebrity Cook-Off. She was named the Debutante of the Decade for the 1980s of New York City's International Debutante Ball.

She dropped out of Foxcroft School at age fifteen and became a competitive equestrian.

She sang Lesley Gore's "It's My Party"" while promoting her memoir on Late Night with David Letterman.

Her parents are polo champion Winston Guest and socialite C.Z. Guest. She has siblings named Alexander, Frederick and Winston.

She was a childhood friend of In Cold Blood author Truman Capote.

Cornelia Guest Is A Member Of