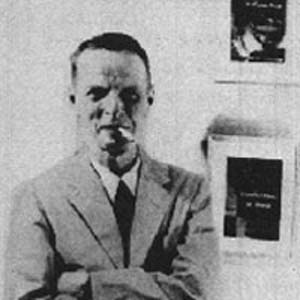 He briefly studied at Columbia University, dropping out when his debut novel, Cover Charge, was published. He subsequently worked as a screenwriter in Los Angeles.

He suffered from alcoholism and died weighing only 89 pounds.

A closeted homosexual, he was briefly married to Violet Virginia Blackton (the marriage was annulled after several months).

His 1940 novel, The Bride Wore Black, was made into a film by Francois Truffaut.

Cornell Woolrich Is A Member Of