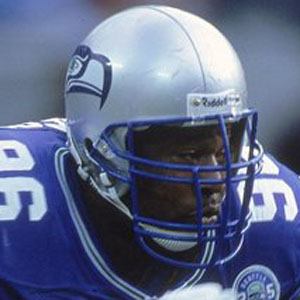 Standout defensive tackle who played for the Seattle Seahawks from 1990 to 2000.

He played college football at the University of Miami, before being selected third overall in the 1990 NFL draft.

He was an eight-time Pro Bowl and five-time All-Pro selection.

He was born in Osceola, Arkansas.

In 2012 he was inducted into the Pro Football Hall of Fame, in a class that included Curtis Martin.

Cortez Kennedy Is A Member Of