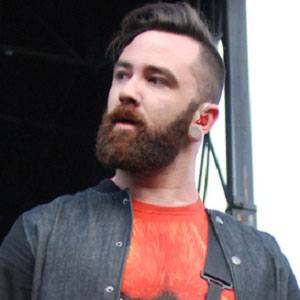 Bassist for the band Memphis May Fire whose 2014 album Unconditional debuted at #4 on the U.S. Billboard Charts.

He joined Memphis May Fire in 2008 after previous bassists Tanner Oakes, Austin Radford, and the most recent Daniel De Los Santos departed.

He and Memphis May Fire signed with Rise Records early in 2011 and immediately became their top billed band.

He was born in Memphis, Tennessee. He has a pet German Shepherd and often features him on his Instagram account.

He performs alongside fellow stringed instrumentalist Kellen Mcgregor in Memphis May Fire.

Cory Elder Is A Member Of