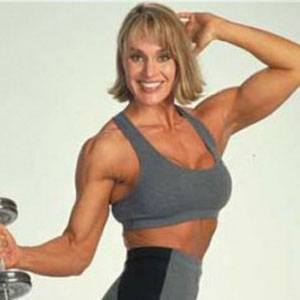 Former women's bodybuilder who won the Ms. Olympia competition an unprecedented six consecutive times between 1984 and 1989.

She played a variety of sports, including gymnastics and badminton, while studying at the University of Wisconsin–Madison.

She was selected for inclusion into the IFBB Hall of Fame in 1999.

She was born in Racine, Wisconsin. She married fellow body-builder, Jeff Everson and then adopted a Romanian child.

She briefly had a film career, starring opposite Jean Claude Van Damme in the 1991 film, Double Impact.

Cory Everson Is A Member Of