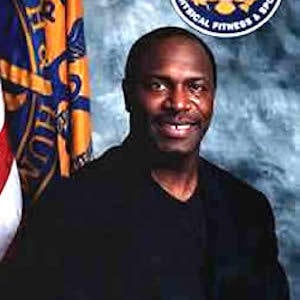 Former IFBB professional bodybuilder who earned the record for most Mr. Olympia titles with eight. He had his own show called TotaLee Fit with Lee Haney on the Trinity Broadcasting Network.

He graduated from Southern Methodist University with a degree in child psychology.

He was appointed chairman of the President's Council on Physical Fitness and Sports by President Bill Clinton.

He lived with his wife and two children in Fayette County, Georgia.

He and Ronnie Coleman both held the record for Mr. Olympia titles.

Lee Haney Is A Member Of