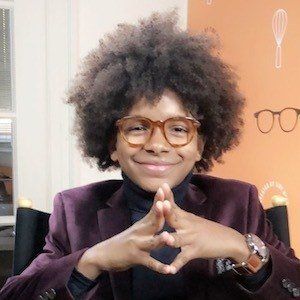 Baking prodigy who became the founder, CEO and head of distribution for Mr. Cory's Cookies at just five years old. His ambition has drawn attention from major media outlets like ABC, The Source and The Huffington Post.

He grew up in The Bronx, New York and Englewood, New Jersey.

He created Mr. Cory's Cookie with the intention of raising enough money to buy a car.

His mother, Lisa Howard, is the COO of Mr. Cory's Cookies.

He was featured on The Ellen DeGeneres Show.

Cory Nieves Is A Member Of