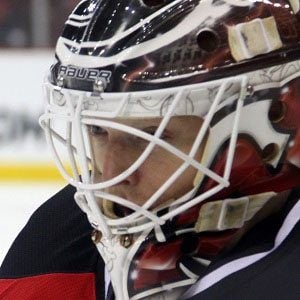 NHL goaltender who won the William M. Jennings Trophy with the Vancouver Canucks in 2011. During the 2013 NHL Entry Draft, he was traded to the New Jersey Devils.

He was the AHL Goaltender of the Year in 2009 while playing for the Manitoba Moose.

He learned to play hockey with his older brother Geoff. He has a son named Wyatt with his wife Jill.

He joined Ryan Kesler on the Vancouver Canucks in 2011.

Cory Schneider Is A Member Of