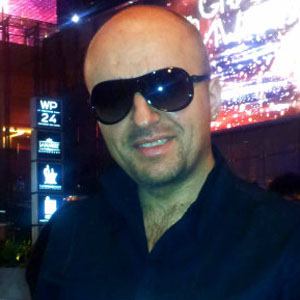 Most Popular#64453
Born in Constanta, Romania#9
Singer Born in Romania#29

Singer and producer considered one of the most successful vocalists in Romanian music, having released highly-successful singles such as "Like In Amsterdam." He is also famous for being the principal songwriter and producer for the girl band Blaxy Girls.

He first gained notoriety as a member of the boy band Valahia.

He launched the music television channel Party TV in 2007.

His mother is a chemistry teacher.

He has collaborated with Bulgarian singer Andrea in the band Sahara.

Most Popular#64453
Born in Constanta, Romania#9
Singer Born in Romania#29

Costi Ionita Is A Member Of