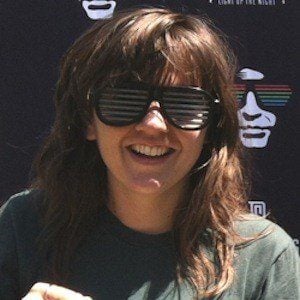 Australian singer, songwriter, and guitarist who gained critical praise for her debut album Sometimes I Sit and Think, and Sometimes I Just Sit, released in March 2015.

She was members of several different bands, including Rapid Transit and Immigrant Union.

She established her own label, Milk! Records, in 2012.

She grew up in the Northern Beaches district of Sydney, Australia. She is openly gay, and began dating Jen Cloher in 2011.

Like Bella Ferraro, she is an independent musician from Australia.

Courtney Barnett Is A Member Of