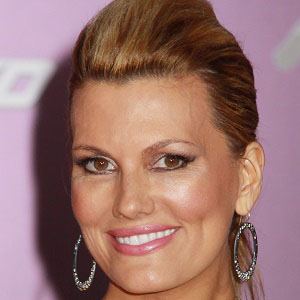 Famous for hosting the Spike TV show Powerblock; the TLC programs Million Dollar Motors, Rides, and Overhaulin' and the Fox Sports Net show Destination Wild, she is also notable for her modeling work, as well as for her auto-themed "Courtney Hansen: Full Throttle" newspaper column.

After studying marketing at Florida State University, she hosted travel and golf-themed television programs and was photographed for the covers of several fitness magazines.

She served as a spokesmodel for the Rolls-Royce and Dodge automotive brands. She penned and published a book titled The Garage Girl's Guide To Everything You Need To Know About Your Car.

The daughter of Constance Walker and Sports Car Club of America racing champion Jerry Hansen, she spent her youth in Orono, Minnesota. In 2014, she and Jay Hartington welcomed a daughter named Holland Marysia Walker Hartington.

She and British television personality Tiff Needell are both famous for hosting automotive-themed programs.

Courtney Hansen Is A Member Of