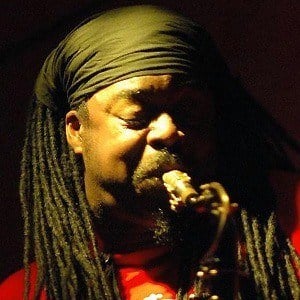 English jazz saxophonist known for integrating modern styles like drum and bass and UK garage into his music.

His 1986 debut album Journey to the Urge Within became the first jazz album to crack the British Top 40.

He appeared as himself in a jazz quartet in the Doctor Who serial Silver Nemesis in 1988.

His father was a carpenter and his mother was a housing manager.

He collaborated with singer Mica Paris on the 1988 track "Like Dreamers Do."

Courtney Pine Is A Member Of