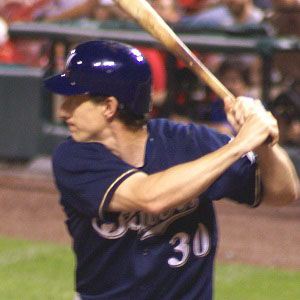 Two time World Series champion with the 1997 Florida Marlins and the 2001 Arizona Diamondbacks. He was named National League Championship Series Most Valuable Player during the Diamondbacks playoff run.

He married a woman named Michelle and had four children.

He was a part of the 1997 Marlins team with Edgar Renteria.

Craig Counsell Is A Member Of