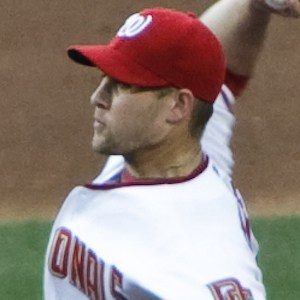 Right-handed sinkerballer who began pitching for the Washington Nationals in 2009. He was drafted out of the University of Dayton, where he was made a "UDLegend."

He played baseball, basketball and football at Versailles High School in Versailles, Ohio.

His father's name is Jeff.

He has been teammates with power pitcher Stephen Strasburg in Washington.

Craig Stammen Is A Member Of