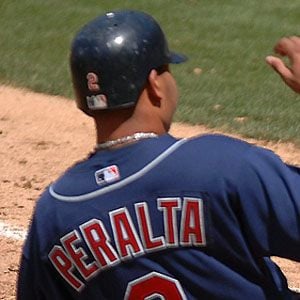 MLB infielder who was named to his first ever All-Star game with the Detroit Tigers in 2011; signed a $53 million contract with the St. Louis Cardinals in 2013.

He began playing Class A amateur baseball after being signed by the Cleveland Indians in 1999.

He played for the Cleveland Indians from 2003 to 2010 before a mid-season trade to the Tigers.

He had three daughters with his wife Molly Peralta.

He was able to play in the 2011 MLB All-Star game because Derek Jeter was sidelined by injury.

Jhonny Peralta Is A Member Of