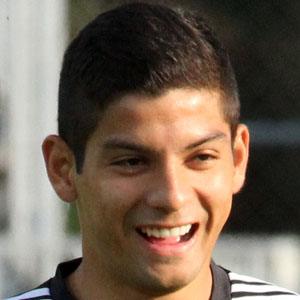 Right back and midfielder who joined Rosenborg in 2012 and became a member of the Costa Rican national team in 2010.

He debuted professionally for Municipal Liberia in 2009.

He was born in Liberia, Costa Rica. He married Melissa Salazar in 2011. They have sons named Felipe and Julián.

He and Oscar Duarte became teammates on the Costa Rican national team.

Cristian Gamboa Is A Member Of