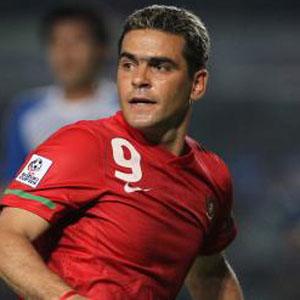 Uruguayan-born Indonesian striker who became one of the top scorers in the Indonesian league.

He made his professional soccer debut at age 19 with Sud America in 1995.

He was a large contributor to Indonesia's national team, scoring 11 goals in 19 appearances between 2010 and 2013.

He married Eva Nurida Siregar in 1995; they had four children together: Amanda, Michael, Fernando, and Florencia.

He became one of his league's most feared strikers, which was also the case with Spanish League counterpart Lionel Messi.

Cristian Gonzales Is A Member Of