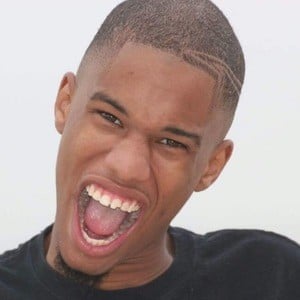 YouTuber known for his over-the-top dancing, which he performs to songs. He puts his extreme flexibility on display, often wrapping one arm around his head. He has appeared on Worldstarhiphop.com and Tosh.0.

His first video was of him dancing in his high school classroom and was uploaded in 2008.

His first music video appearance was in Cristol's video for "Who You Finna Try." He has more than 85,000 subscribers on YouTube.

He was born Courtney Frasier. His father is Jamaican.

He appeared on a segment of the show Upload called Shaq Don't Crack, where he was able to make Shaquille O'Neal laugh with his outlandish dancing.

CrunkCoco Is A Member Of